9 Popular Funeral Flowers and Their Meanings

Flowers have always been a way to express our deepest sympathies and have a spiritual significance relating to the cycle of life and death. They not only represent great love and happiness but also peace, eternity and immortality.

It’s been documented throughout history, and all over the world that the fragility of a flower symbolises a common thread of a human’s life.

Placing flowers around the deceased has been one of the oldest forms of mourning and can be documented back to ancient cave sites.

Burial sites excavated dating back as early as 62,000 BC have uncovered wildflower fragments over burial sites marking their significance to the ancient symbolism.

While there are many flowers used for funerals worldwide, here are some of the most popular types of flowers used in Australia and what they mean.

Roses are one of the most famous flowers of all time, but some colours of roses are better suited to funerals because of their meanings. The most common is the red rose which symbolises enduring love, passion and respect. These are perfect for a spouse or life partner. Dark pink and light pink roses mean gratitude and appreciation and are suitable for family members and co-workers. White roses signify innocence, purity and profound respect and are often chosen for funerals of children and very close friends. Orange roses are thankyou roses and are good to give to service people or people who have helped you with the funeral arrangements. 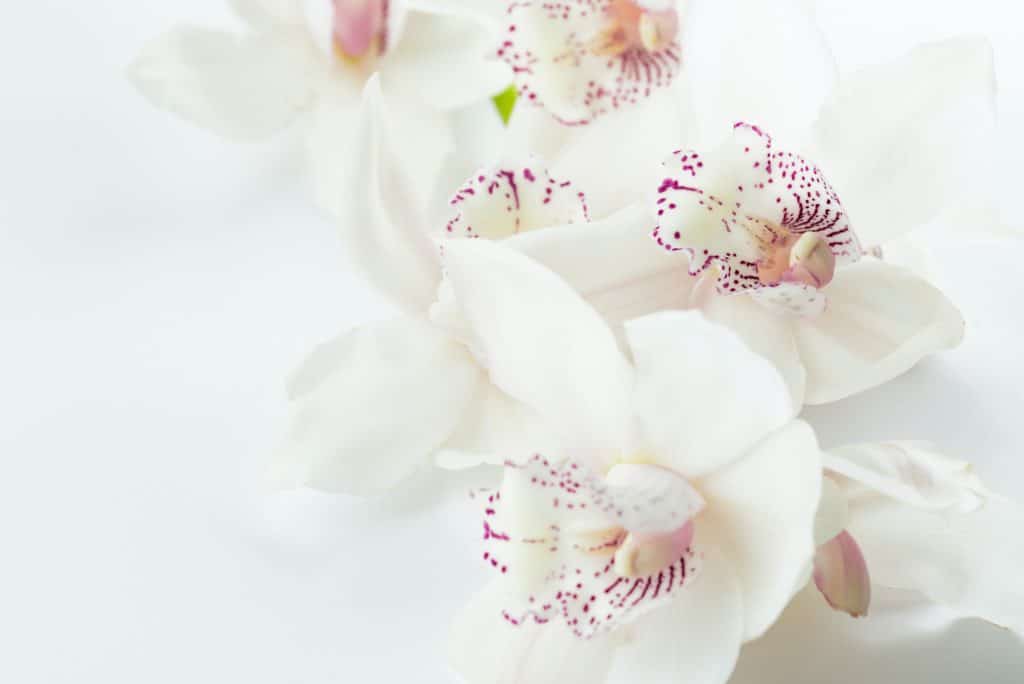 Orchids have a deep history as are grown all the world and especially I warmer climates. From the Ancient Greeks to the Aztecs, to the Ancient Chinese, orchids’ have been used in funerals for over 3000 years. Red orchids are prefect at funerals for members of the military or people who have battled cancer and other illness as they symbolise strength and courage.

Pink orchids’ mean grace, and feminity and are perfect for mothers, grandmothers and girls. Blue orchids are rare and are often used for funerals of children of any gender. Purple means respect and dignity and are perfect for someone who helped you be where you are today. White orchids are very popular at funerals and mean humility, purity and beauty and can be used for any loved one. 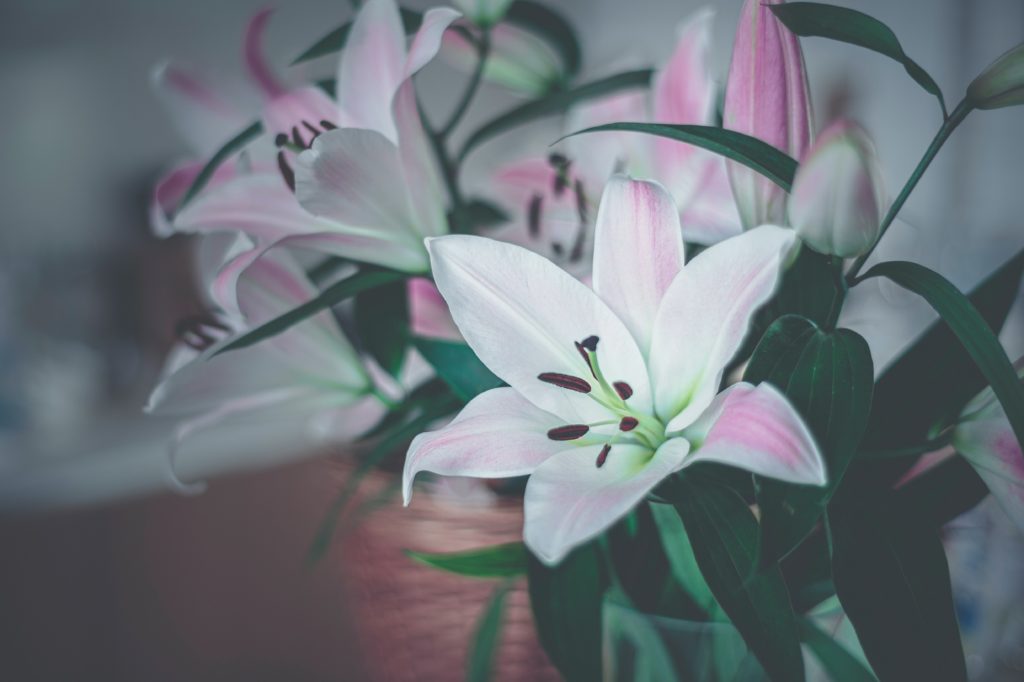 In ancient mythology, the lily was a symbol of the Greek Goddess Hera, and with the Romans, it was associated with the goddess Venus. The White peace lily is a symbol of rebirth; oriental lily’s mean “You’ve made my life complete.” They are often considered the go-to funeral flower because of their peaceful meaning. 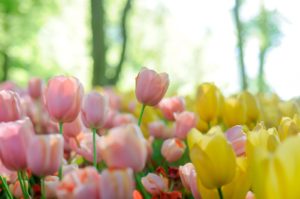 Tulips are simple and popular in Spring for happiness and joy. White Tulips mean heaven and eternity and are often a popular choice at funerals. Pink tulips mean caring and affection, which is a good option for a co-worker. Black tulips or dark maroon tulips mean power and strength and can be chosen for a leader of the family or work. 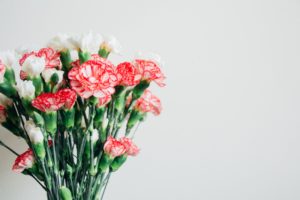 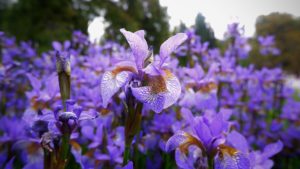 The Purple and Blue Iris are often used in funerals for soldiers and people who have served in the police service or other front-line services because they convey respect, hope and faith. They are also popular in flower arrangements for a patriotic colour theme for countries who have red, white and blue in their flag colours like Australia. 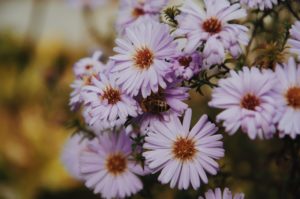 Originally Chrysanthemums were cultivated in China back in the 15th century BC as a herb to treat common colds and fevers, and the leaves were brewed in tea. The flower became so highly valued that over time it was referred to as the ‘Four Noble Ones’ along with the plum, bamboo and orchid. Today in western society because of the name meaning being chrysos – meaning ‘gold’ in Greek, and ‘mum’ in our western society, it’s become a popular choice for Mother’s Day and for mothers at funerals. 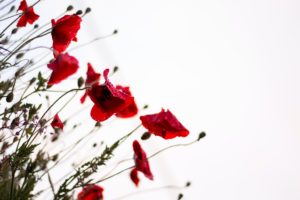 Poppies have a long and rich history associated with remembrance and consolation in western cultures and why they are used to commemorate victims of war. After the First World War, the red poppy became the international symbol of a soldier’s sacrifice, death and peace. It’s now worn in many countries at remembrance services including Canada, UK, Ireland, USA, Australia and New Zealand. 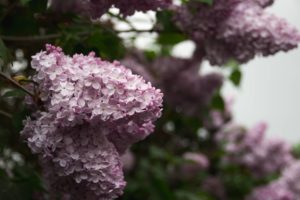 Lilacs are a popular choice because they are incredibly fragrant and have a strong association with love, romance and friendship. In Victorian times, widows often wore lilacs as reminders of their lost loves. Their colours have different meanings appropriate for various funeral services. The blue lilacs are often chosen for young boys and babies. The soft pink, for girls and close friends. If a spouse has passed, the light purple lilacs acknowledge the loss of great love, and it’s been said that dark purple lilacs denote a spiritual belief in the afterlife.

Floral tributes are a beautiful way to celebrate your loved one at a funeral or wake service.

At Cairns Funeral Directors, we can assist you with your floral choices, and we will take care of all aspects of setting up and decorating your chosen venue to your exact specifications.

Contact us or stop by our Cairns location to discuss your floral tributes today.